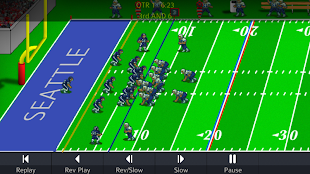 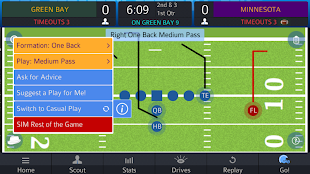 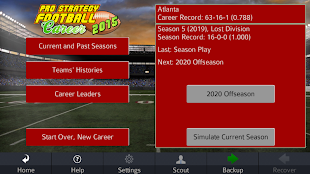 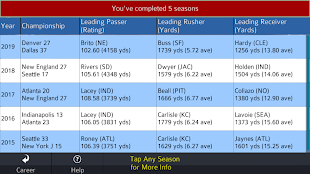 Link to application sended to your email!

The 2015 football season is over, but you can still play REAL football with Pro Strategy Football, now 40% off! And be sure to watch for PSF 2016 next August!PSF Career is the franchise version of Pro Strategy Football, with the same great offensive and defensive options, but adds player management and multiple seasons!
And now edit your players and teams names! Put in real names, friends, whatever you want!
Check out my other app, PSF 2015, if youd rather have the flexibility in matching up any two teams at any time or playing the 2015 season over and over with the option of coaching any or all teams!
In PSF Career, players age and can improve or start feeling their age as you progress through seasons. Use the full seven-round draft to bolster your team and fill games, and then shuffle your roster in the preseason!
Review any past season, see who led their divisions, scores each week, who won the championship, and who the season leaders were!
Or view any teams full history across all seasons! Select a team and see how it performed over time, then choose one of the seasons for more details! Or view every player who ever played on the team, and then see the players details - when he started, when he retired, and his stats every season!
View Career Leaders for offensive, defensive, and special teams! Select any category and sort up or down! See which players are leading in passing rating or have the fewest (or most!) interceptions! Which defenders have the most fumble recoveries and which have scored the most touchdowns! Which kickers have the highest fieldgoal percentage!
And of course, all the same PSF coaching options are here, but you can decide how much you want to coach.
Do you want to let the AI simulate the regular season (dont worry, PSF simulations actually play every down of every game), and you just take over in the playoffs? No problem!
Or maybe you dont want to coach at all, so you can choose to let the AI simulate all games, and you take over for the draft and preseason adjustments. You can even let the AI simulate everything, if you just want to fly through a dozen seasons!
But if you do want to coach, and you want a *strategy* football game, PSF Career is the game where you win by knowing football, not by having the twitchiest fingers, a game where youre not limited to canned plays in someone elses playbook, but where you can tweak any part of your offense or defense every single down!
Deal with injuries, weather, bad luck (and good luck), and best of all, the computer never, ever cheats! If a play goes against you and you did everything right, welcome to real football!
Choose between Casual and Hard Core coaching. In Casual play, you tell your offensive coordinator to run inside or tell your defensive coordinator to defend against the short pass.
But in hard core play, you design every aspect of your call! On offense, you might call Pro Set, motion Z, HB counter left. On defense, you might call 4-3 over shift, man coverage, run focus, key on flow!
But dont worry, in game help is here! Every formation, play, coverage, everything has in game help describing the pros and cons! PSF is a coaching clinic!
PSF 2015 and PSF Career 2015 have thousands of Offensive Variations! Extensive Defensive Options! Formations, motion, line shifts, passing routes, play action, and much, much more!